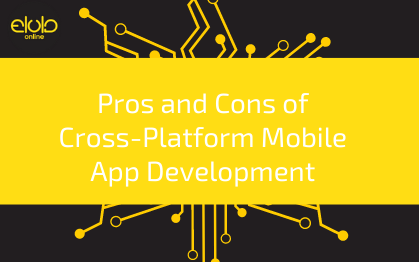 The world has gone mobile. It has become a “must-have” element for any organization, regardless of its size. Undoubtedly, some organizations can concentrate on only one mobile OS (operating system) and avoid all the other ones, yet it is important for many businesses to focus on a myriad of mobile devices with various operating systems. Gone are those days when you were satisfied with only having a mobile app. Today, it is important that the app must support Android gadgets, iPads, Windows Phone, Amazon Kindle, Tabs, BlackBerry, etc

One of the most challenging situations for app developers is, whether to develop a native mobile app or go for cross-platform. Of course, as a business, you require dealing with different types of customers who possess different types of devices. Therefore, you’d need to have a mobile app that could work seamlessly on almost all the platforms (i.e. Android, iOS, Windows, etc.)

What are cross-platform apps?

However, it is possible to use APIs (Application Programming Interface) provided by the native SDK, in other programming languages which are not supported by the OS vendor. This is how “cross-platform” native apps are created. Generally, a third party vendor chooses a programming language and creates a unified API on top of the native SDKs provided by the various OS vendors. Using this unified API, it is possible to support multiple operating systems with a single code base. The third-party vendor generally provides an IDE (Integrated Development Environment) which handles the process of creating the native application bundle for iOS and Android from the single cross-platform codebase.

Since the final app produced still uses the native APIs, the cross-platform native apps can achieve near-native performance without any visible lag to the user.

Though creating cross-platform native applications is possible today, the current state of implementation is far from complete. Most of the mobile apps are heavy on the GUI (Graphical User Interface) implementation side. Almost all the critical business application logic resides on the server which is accessed by the mobile via web services.

Since the User Interface (UI) and User Experience Design (UXD) of iOS and Android are quite different from each other, it’s not an easy task to create a uniform GUI wrapper on top of it. Though Xamarin and others have put in significant work on this front, it is far from perfect. It works well if you design your application to live within the framework’s limitation, however, if you need anything that doesn’t fit with the framework’s vision, it requires a lot of work to implement and requires writing platform-specific code. To give you an example, in Xamarin Forms, it takes a lot more work if your designer chooses to give custom coloured borders to text fields. As this is not obvious to the designer, once you have settled in on the design, the programming team needs to put in a lot of efforts to pull off this seemingly simple design. Xamarin is working hard to provide more advanced cross-platform UI components under their Xamarin Forms Labs project. But many components of this project are still under beta status.

One popular approach taken in native cross-platform development involves writing business logic and web service calls using cross-platform libraries while GUI related code is written with platform-specific libraries. Depending on the application, this can allow 30% to 60% code reuse.

Mobile apps are essentially GUI applications. Most mobile apps depend on backend web services for large parts of their business logic. Roughly speaking, in mobile apps, especially in the business process automation domain, almost 60% of the code deals with creating and managing the GUI.

iOS, Android and Windows Phone, all have a very advanced browser component in their SDKs. By leveraging this WebView component, programmers are able to use standard HTML5 web technologies to design and program parts of their application. So in the end, the application is composed of at least a native frame and HTML/JavaScript executed in a WebView – which is why they are called “hybrid”. Application features which need sensor input like geolocation, camera or lower-level functions like accessing the file system usually use some JavaScript-to-native bridge provided by the hybrid application framework.

In hybrid applications, the HTML, CSS and JavaScript code is shipped along with the application. Therefore, there is no delay in loading the UI related code, like you would experience it when loading websites over the network. On modern powerful phones, it’s possible to create a snappy UI with HTML5 technologies. Especially for B2B apps, it’s possible to have 85-90% code reuse across-platforms with Cordova.

To summarize, here are the pros and cons of the cross-platform mobile app development:

To conclude this in one line, even though native app development offers 100% platform compatibility and smooth performance, for B2B solutions and for business process automation projects, native cross-platform or HTML5 hybrid application development techniques can offer good enough performance in a more cost-effective manner.